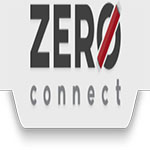 An Iowa-based company that assembles and distributes fiber optic and copper cables is opening up operations in Easley and plans to create more than 70 jobs, the company founder said.
Zero Connect had decided to locate its new facility in Greenville before meeting Ray Farley, director of Alliance Pickens, and other Pickens County officials, Larry Kendall said.
“It was awesome the reception we had,” he told the Pickens County Council at its meeting Monday. “I have never been treated better – and I’m not just saying that – than we have been treated in this county.”
The company, which is remodeling space in the Masters building at 182 Kayaker Way, needed an assembly plant in this area because of growing demand in the Southeast, Kendall said.
This will make it possible for one-day ground shipments to its customers in the region, he said.
Zero Connect plans to start operations with about 25 employees and grow to at least the “mid-70’s” in staffing within five years, Kendall told The Greenville News.
County Council approved “inducements” for the company, which had been code named “Project Whitetail,” at Monday’s meeting.
The council also gave second reading to a fee in lieu of taxes agreement for a Project Big Apple, first reading on incentives for a Project Alice and third reading on Project Starr, which was revealed to be an expansion of St. Jude Medical.
The Zero Connect project “moved at the speed of light” after the company first made contact with the county in December, Council Chairman Jennifer Willis said.
“We were very lucky to have the right facility for them. We were lucky that we were able to put together the package that they needed,” she said.
The company will be working with readySC, a division of the state technical college system, to train new employees, Kendall said.
Zero Connect, whose products are used for voice, data and video applications, started on the Kendall family’s kitchen table in 1992, according to the company’s website.
Kendall was running a cable installation company and was custom-pinning some adapters for cables he needed to install. After spending Christmas Eve finishing the job, and seeing a need in the market, he decided to start a company to do that kind of work.
The company plans to invest more than $1.3 million in the 18,000-square-foot Easley plant, according to the state Department of Commerce.
“The investment that Zero Connect is making in the people of South Carolina is a significant commitment to our state and is a real reason to celebrate,” Gov. Nikki Haley said in a release from the Commerce Department. “The 72 jobs this great company is creating in Easley will make a real difference in the lives of South Carolinians, and we look forward to seeing the impact it will have on this community for years to come.”
Commerce Secretary Bobby Hitt said, “South Carolina has become an advanced manufacturing powerhouse in recent years, and thanks to companies like Zero Connect, this trend will only continue.”
The news comes on the heels of an announcement last week of a major expansion at Reliable Sprinklers, a tenant at the Pickens County Commerce Park.
Greenville News Article