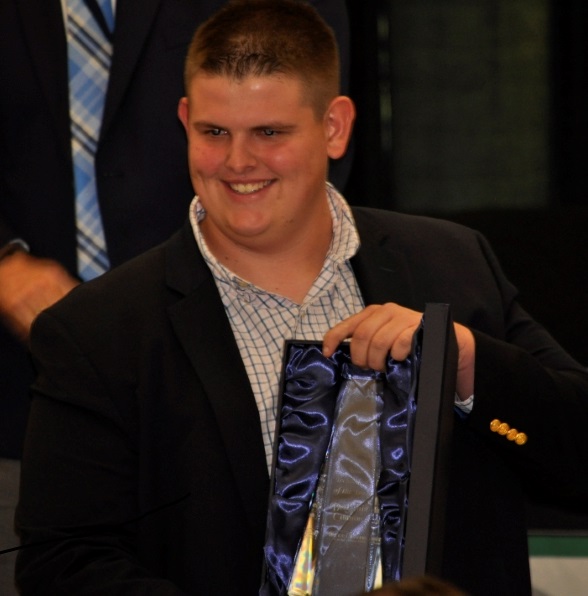 Pickens County – Alliance Pickens, in partnership with the School District of Pickens County, announced Ben Cannon of the Pickens County Career and Technology Center and Daniel High School as the winner of the 2018 Pickens County Scholar Technician of the Year Award.
Sponsored by Alliance Pickens,The Scholar Technician of the year is an annual award honoring technical competence in Pickens County high school students.
This year, the honor comes with a $3,000 “Career Starter Fund” from Pickens County.
The two runners-up for the award – Trevor Avery from Liberty High School and Keith Robinson from Daniel High School – received Career Starter Funds of $1,000 each.
Cannon is currently enrolled in three programs at the Career & Technology Center: Mechatronics, Machine Tool Technology, and CNC Programming & Machining. Cannon is an Eagle Scout, and has already been hired by local manufacturer United Tool & Mold.
“Ben has gone the extra mile to sharpen his skills at the CTC, taking night classes so he could participate in more programs.” Ray Farley, executive director of Alliance Pickens. “His character and work ethic have made Ben truly stand out, and he’s a shining example of what employers should hope to find when they locate in Pickens County.”
Alliance Pickens is a public/private economic development organization whose primary mission is to attract, retain and increase the number of jobs and and increase the tax base for Pickens County.